This Blog is dedicated to the courageous group of women with whom I worked on a recent leadership module in Europe. As we journeyed into a space of vulnerability and truth and openness, I found my heart overflowing with a huge grief for the pain they shared as they judged themselves as being not good enough – as employees, bosses, mothers, sisters, daughters, friends, …

My Story.
I suffered from asthma as a child so I often missed school and was never ‘one of the boys’. I had a strong mathematical ability but was told that my work was the most untidy in the class. I was a talented athlete but soon learned that no performance was complete as there was always a next stage of achievement that I hadn’t reached.

I remember winning a school race and my mother asked me what the school record was. When I broke the school record, I learnt that I should have been aiming for the provincial record. And, of course, when I got that provincial record, it was a pity that I hadn’t got the national record. The goalposts kept shifting each time I achieved something and I quickly learnt that it was never good enough. 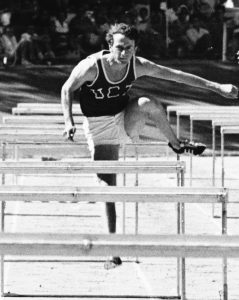 I competed for South Africa (but it was only at the junior level); was on the fringe of getting to the Mexico Olympics in 1968 (but I didn’t get there as South Africa was expelled just before the squad was chosen – and, of course, my time wasn’t good enough to have reached the final); ran for the United Kingdom while I was studying in England (but it was only the UK team); etc. For every success, I can immediately supply you with a reason why it was actually a sham

So, from birth I was fully inducted into a paradigm of systems, structures and processes that trained me how to attempt to be a perfect machine. Starting with my mother I had a series of teachers, bosses and coaches who were never satisfied with what I achieved – there was always a next step that I should/could have taken… My achievements were OK but never good enough.

I learned to play the game and, even when not made explicit, I could craft a set of Key Performance Indicators for any situation or activity that would ensure that I had an optimal chance of pleasing the person in charge. It started at home and flowed smoothly into school and then university and then into both workplace and home. I always strove to be perfect and my quickest trigger came when someone accused me of having failed at something – not being good enough.

I developed a constant vigilance as I strove not to make mistakes and I was extremely harsh on myself when I inevitably failed at some stage. I grew a powerful inner voice which became my strongest critic. This voice seemed to have absorbed every insult or reprimand that I had ever received. This inner critic was always awake and ready to step in first with the most hurtful insult whenever I made a mistake.

What is all this about?
Many many years later I came across this Dove advertisement which helped open up some new insights into the problem.

I love it when one woman agrees that ‘she is more beautiful than she thinks’ and I suddenly realised that this was true for everyone on every topic. I am more xxxx than I think.

I realised that I always seemed to set myself goals that were just out of reach. I set high standards by comparing myself to the best. However, this mythical best was never just one particular person. I stacked the odds even more against myself by choosing the champion in each field to compare myself to. While doing 400-meter hurdles, I compared myself to the Olympic Champion. In leadership at school, I compared myself to the head boy. In class I compared myself to the different people who came top in each different subject. I compared my car with that of my friend who had the most envied car; my looks to the person rated by peers as the most handsome; and so it continued…(On reading this blog, a friend said that she always aimed for Einstein’s brains and Marilyn Monroe’s looks – only now does she notice that it did not occur to her at the time to aspire to Einstein’s looks and Monroe’s brains!)

I had created a measuring system that I had almost no chance of winning. Even when I did occasionally come out on top, then my inner critic would focus on the negative (yes, you did come top in mathematics – but only with 95%. Why did you throw away 5%?).

I discovered that that this inner critic is very undermining and on constant duty, ready to put me down.

The stories of the women on the leadership programme resonated strongly with this personal experience.

Making peace with the critic
I’m not sure whether it is possible to totally get rid of that voice inside one’s head. It seems to have moved in permanently and made itself comfortable.

I also need to challenge the idea that time is a straight line. In this model, once I have made a mistake, it will stay with me forever and I will never be able to make amends. I can just go to my room and feel the shame of my failure.

In contrast, I was told that African story telling time is circular. When we make a mistake in circular time, our task is to reflect on our actions and get ready with a new strategy for the future. We can be assured that a similar situation will crop up again. This is learning. I may not get it right the second time which just means I need to prepare a new alternative strategy for the inevitable future challenge.

The inner critic probably won’t be too happy with this attempt to change the rules.

It’s time to write a letter to that inner voice whether you can identify a specific person where it all started (my mother!) or not. My letter to my mother thanked and appreciated her for all the love she gave me in bringing into the world and for doing her best to make sure that I got as good a start in life as was possible. I was writing to let her know that I felt I was old enough now to take over control of my own life now and that I would be setting my own standards for the future. I thanked her for her encouragement to do my best, but I no longer wanted her contribution in this area. I told that such criticism was not welcome any more and so I expected her to stop. In any case I would in future ignore her critical comments.

This letter whether addressed to a specific person or to the inner critic who has moved in needs to be ritually honoured in some way. My choice was through the healing power of fire.

Enter my inner praise-singer
Even more recently, I discovered a new problem. I was working with a partner in the Thinking Environment. At the end of our interaction, we were asked to appreciate a quality that we had noticed in our partner while we were listening deeply to them.

As I walked away after the exercise with a warmth from having been appreciated, I realised with a shock that I actually had no recall as to what my partner had actually said. I had enjoyed the experience but my inner critic had discounted the details with a few words of ‘who do you think you are?’, and ‘he wouldn’t have said that if he really knew you’.

I decided it was time to stop discounting this praise. I started keeping a folder where I recorded positive things people had said about me or appreciative emails that I had received. I would open and read this folder whenever my inner critic had hammered me and I was feeling not good enough.

Then I took it a step further and decided to employ an inner praise singer – a part of me that would also move in and have at his fingertips all my positive attributes and achievements.

However, I decided to follow the traditional example of a South African praise singer who, at first meeting, can seem very scary. I wanted this inner praise singer to be ready and willing to confront my inner critic with the different story about me so that i could focus on what was at hand rather than get sidetracked by feelings of inferiority.

This example below of Jessica Mbangeni in full flight gives you an idea of the strength and fierceness that I wanted from my inner praise singer.

Maybe my inner praise singer’s presence will allow my inner critic to become more gentle in future – who knows?

One of the women from the programme decided that she would choose her grandfather – a very positive influence in her life – as her praise singer. His photograph now sits on her desk at work and his very presence there helps drown out the other critical voices around and in her.

Standing strong.
Now that we’ve made sure that our inner critic has an inner praise singer to contend with, the next step in embracing one’s power and uniqueness is to learn to ground oneself and start believing that “I am good enough”.

Stand firm and breathe deeply with knees slightly bent imagining that there are long roots growing out of your feet deeply into the earth. Continue in this way and feel a stronger and stronger connection with the ground. Look into the mirror and make firm eye contact with yourself and say aloud. “I am good enough”. Make sure you look fierce and firm as you say it. Do not smile afterwards to diminish the importance of what you have just said. Speak the words from deep in your belly so that your whole body knows it is true. Step into the arena and know that you are magnificent. If this does not come easily, pretend that you know this to be true and keep doing this exercise and fake it until you make it.

I am comfortable now in the belief that I am a uniquely talented human being. I focus on developing these talents as best I can and I am always committed to new learning and experiences which help me grow. I embrace mistakes as a way of learning. I compete with no-one other than myself so that I can be a better person and make a useful contribution to society. I have no interest in trying to be a machine or in comparing myself to others.

I am also flawed and wounded and I explore these dimensions of myself with as much excitement as I do my talents. I want to know my shadow and my blind spots so that I can remain adult and intelligent even when life is highly stressed.

I do my best in all the various micro-worlds I inhabit and forgive myself when things do not work out as intended or I make mistakes in how I handle situations.

And in this way I journey onwards from a truly grounded place of knowing that ‘I AM GOOD ENOUGH!’

May your own personal journey towards ‘good enough’ be rich and filled with delight. I’d love to hear from you (chris.breen@uct.ac.za).